Sophia called The Unbrokenstring Crew after her prized red Ibanez acoustic/electric quit during a gig.  Could we fix it? 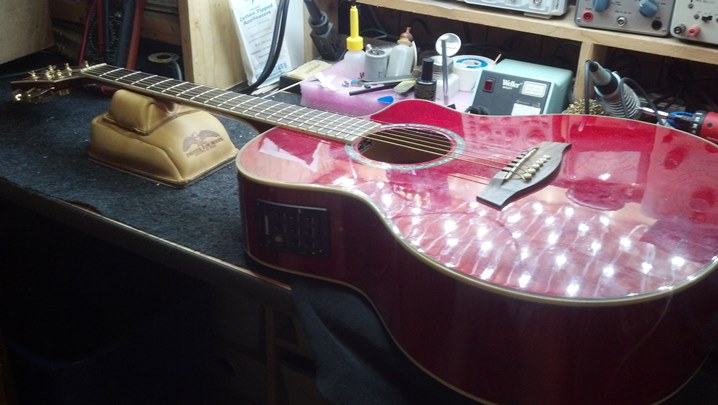 This is a surprisingly solid instrument, with a red finish that just won’t quit.

I also have a similar Chinese acoustic electric which is a surprisingly good guitar for the money. 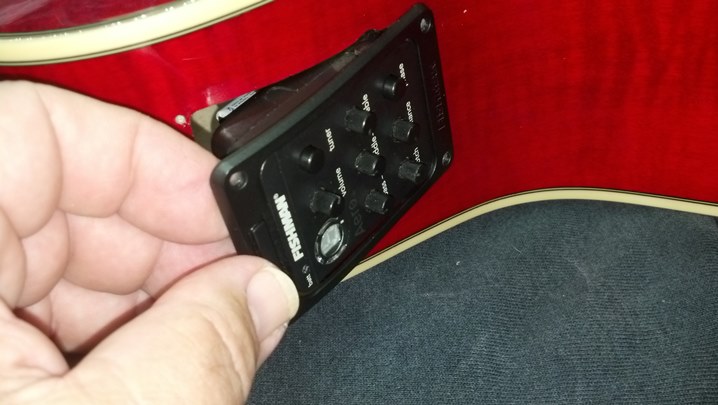 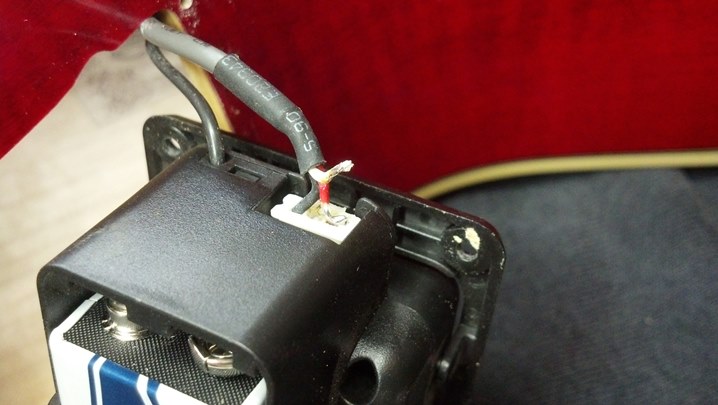 That didn’t take long to find.  Someone had just soldered the wire to the connector pin.  This eventually flexed and failed. 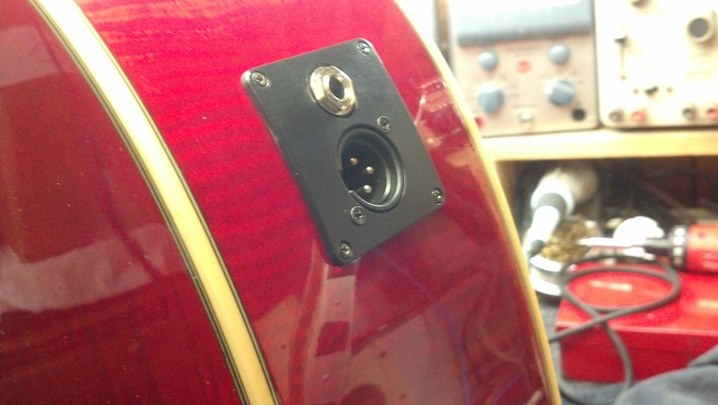 The other end of the broken cable goes to the output jack.  The balanced output jack is a nice touch. 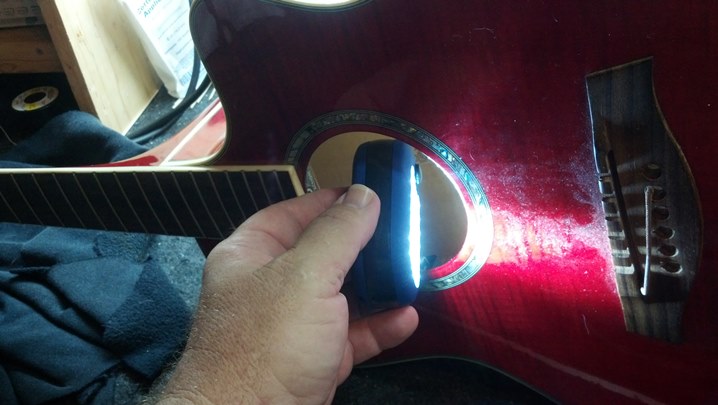 Let’s try to take some pics inside the guitar.  But we need more light.  This LED flashlight will do the job. 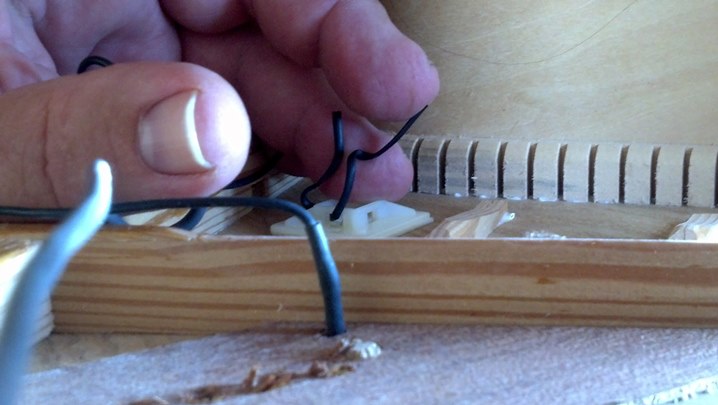 This is inside the guitar.  The wire tie holds the harnesses in place so that they don’t rattle while the instrument is played. 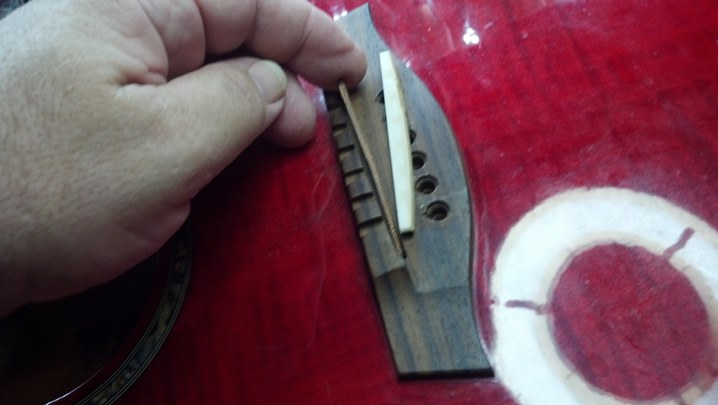 I didn’t need to remove the piezo pickup, but I’m taking it out of the guitar anyway so that it is not damaged.  The pickup and the tuner are one piece, so we can store them all safely while other work proceeds. 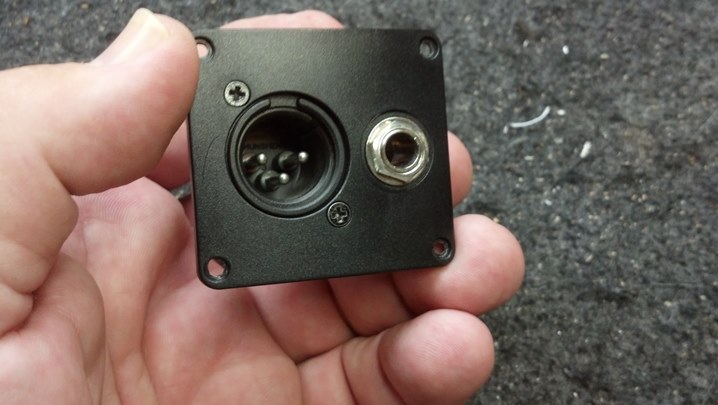 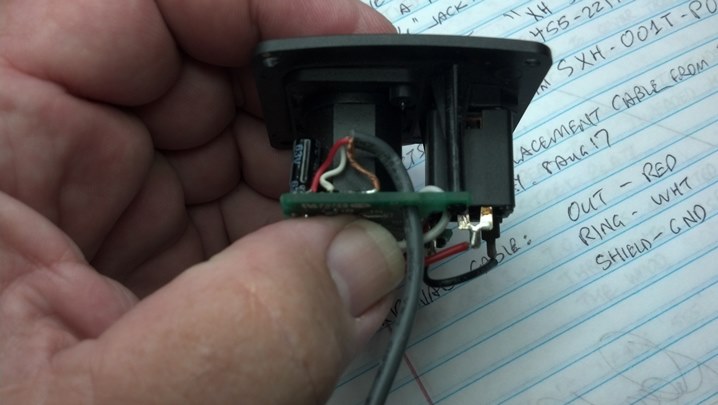 The broken cable solders to the circuit board.  The location and function of the wires is recorded in the notebook. 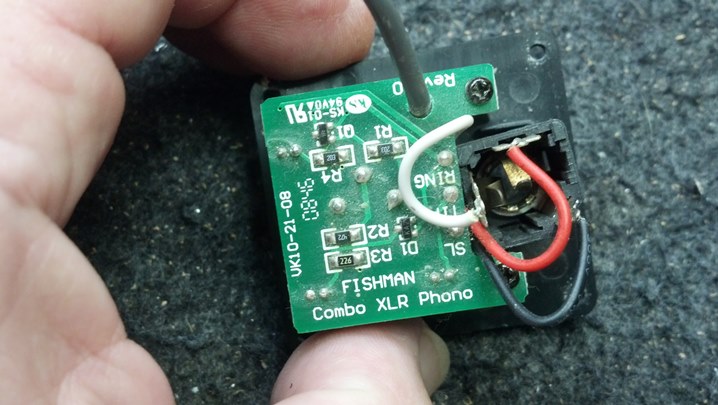 The unbalanced TRS output jack is wired to the circuit board as shown.  This picture is for documentation purposes. 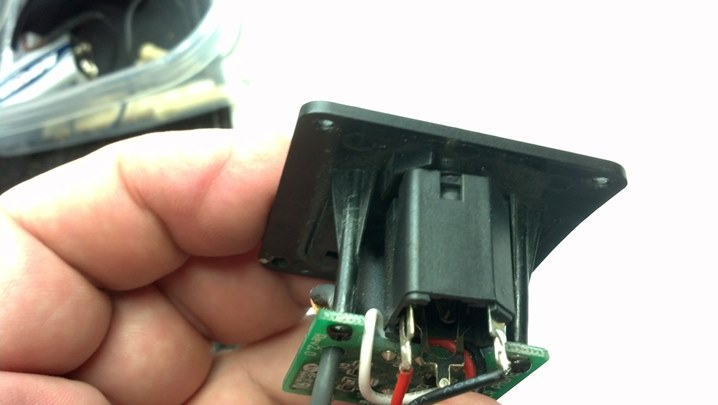 Can you see a problem?  The TRS output jack should fit down inside bosses molded into the body of the output jack assembly.  Whoever tried to fix this before installed the TRS jack 90 degrees out from where it belonged. 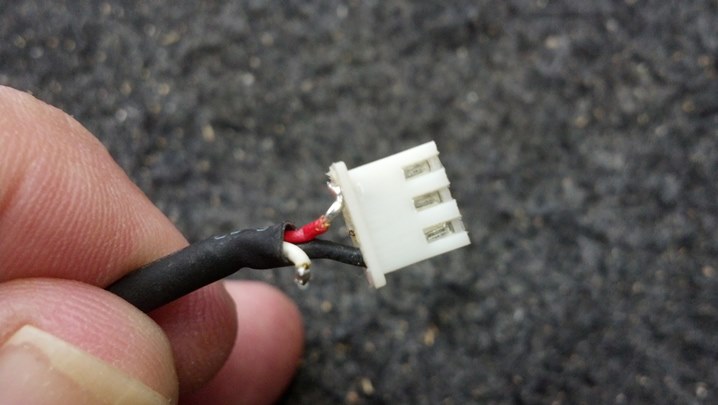 This is the end of the broken cable. 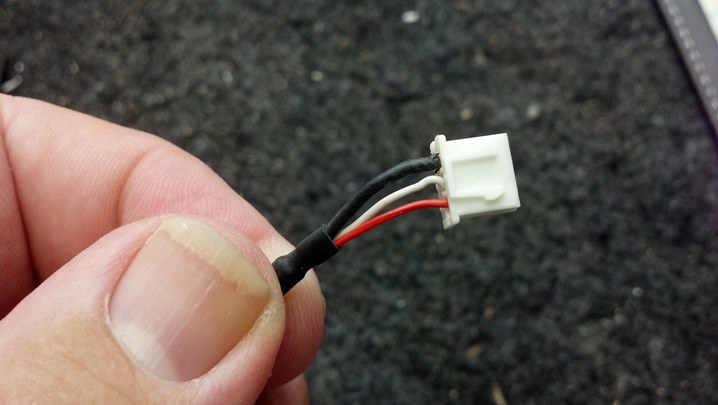 A new cable was secured from a guitar junkyard on eBay.  Looks the same, doesn’t it? 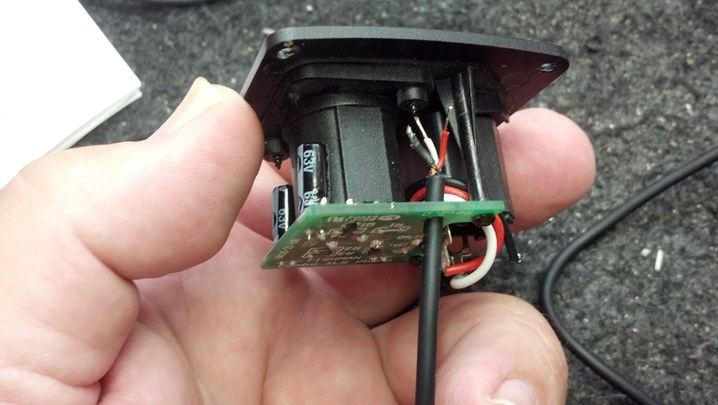 The old cable was desoldered and the new one installed as shown.  We are ready to solder the wires to the PCB. 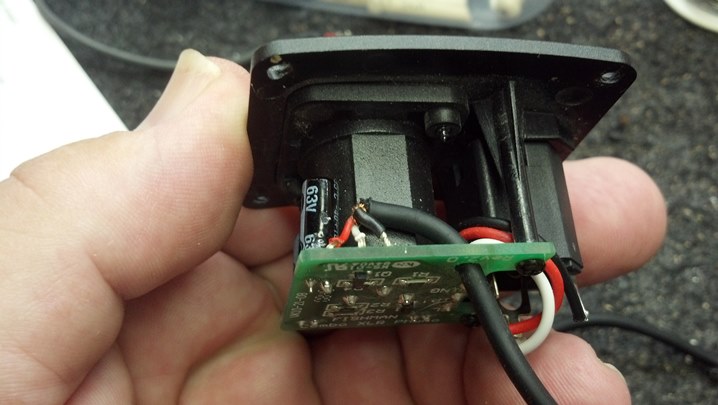 Soldering complete.  Note that the TRS jack, on the right, is correctly installed now. 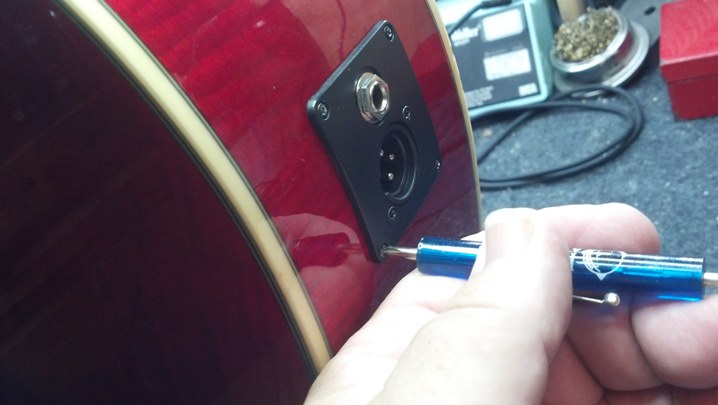 The output jack goes where it belongs. 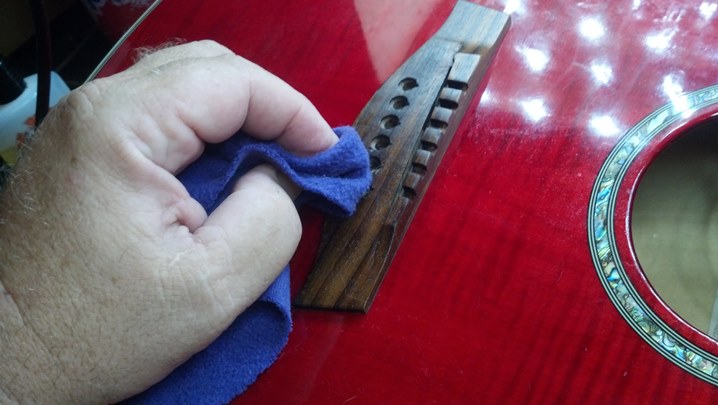 Before we install the electronics, let’s show a little love to the bridge with some Dr. Duck’s Axe Wax. 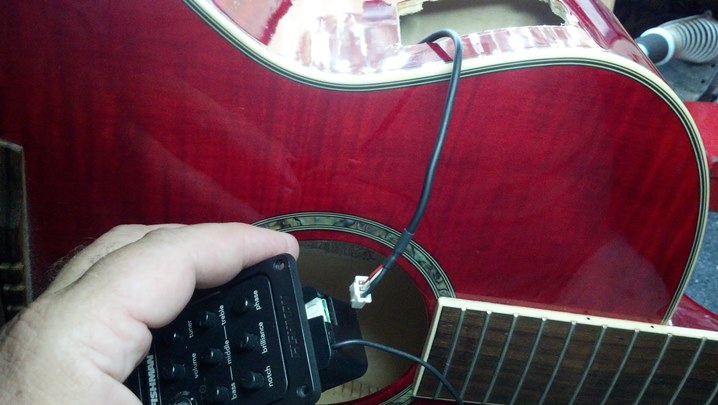 The new cable installs as shown.  I think this pic was taken while I was still testing everything out prior to reassembly. 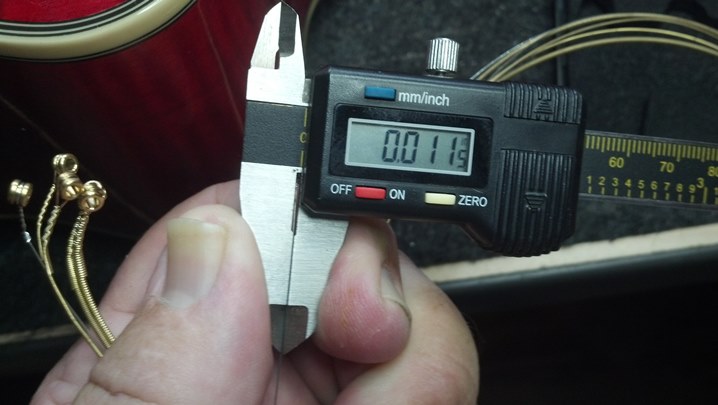 I forgot to ask Sophia what gauge of strings she wanted.  These are probably 11s. 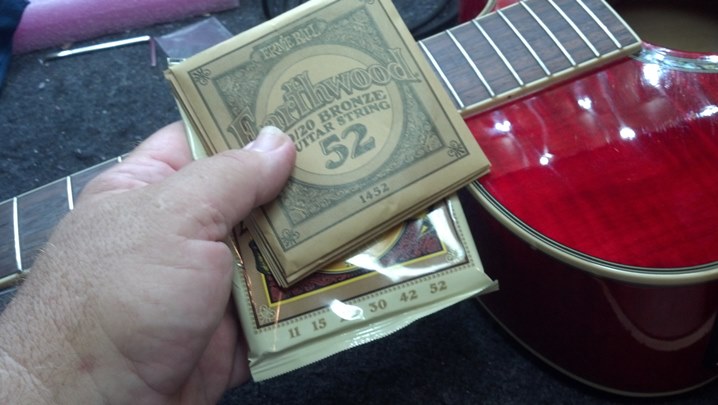