Billy said that this unit worked very well until it overheated and shut down after about an hour and a half of use.  He also didn’t hear the fan run.  Could something this simple be all that is wrong with this bass head? 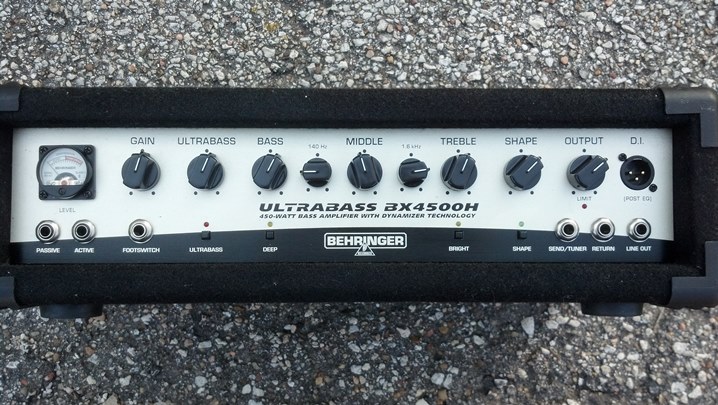 The Unbrokenstring Crew operated this unit for an hour and verified that it overheated and shut down, as it should. 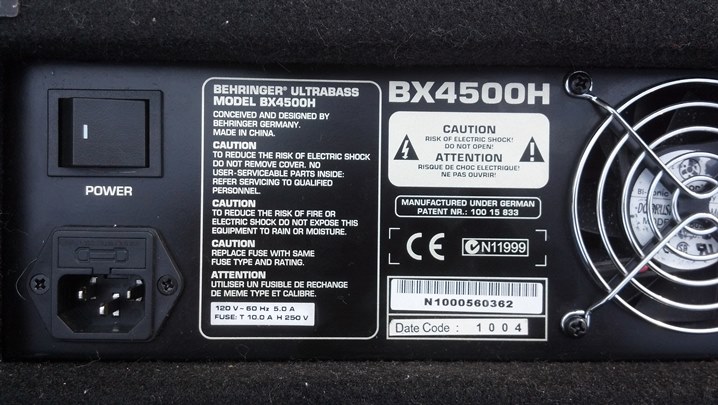 Here is a tour of the rear panel.  The power switch is in the back of the unit. 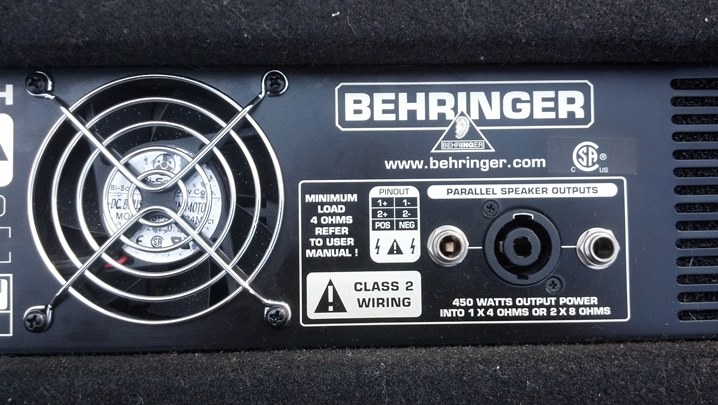 I really like the Neutrik Speak-On connectors for power at this level.  The 1/4th inch plugs could be operated above their data sheet limits for current and voltage if used at the 450 watt level. 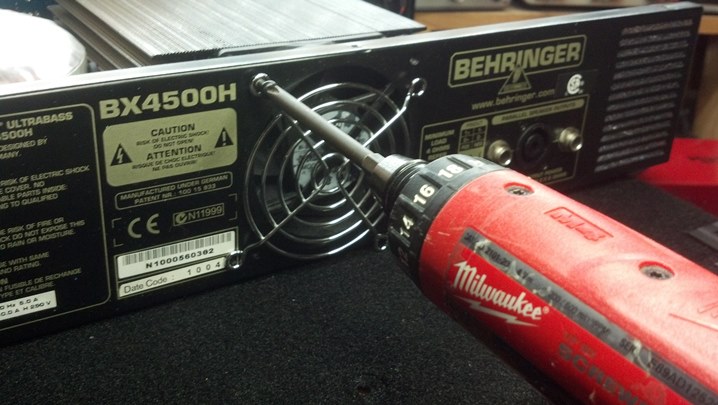 We’ve removed the top of the unit.  Removing the finger guard lets us verify that the fan itself is completely locked up. 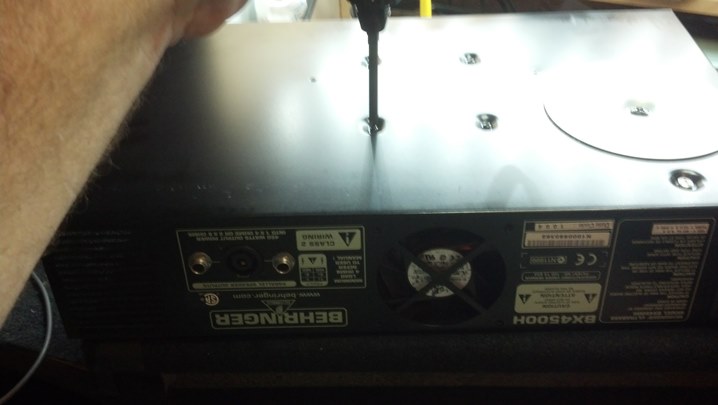 To get to the fan, we need to remove the heat sink assembly, which is held in place with these screws on the bottom. 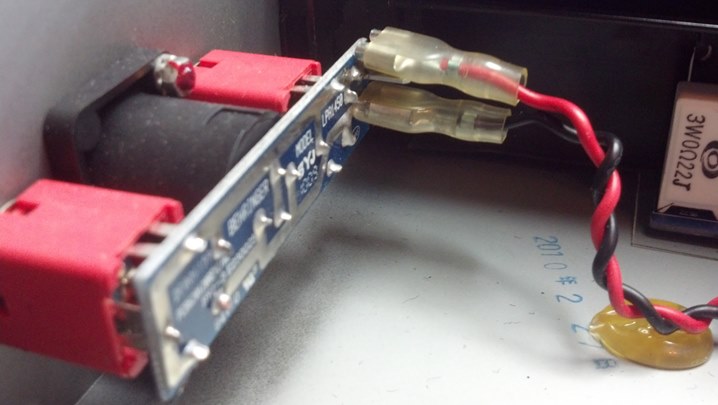 This pic just allows us to keep the wiring straight for reassembly.  This circuit board handles the power output duties. 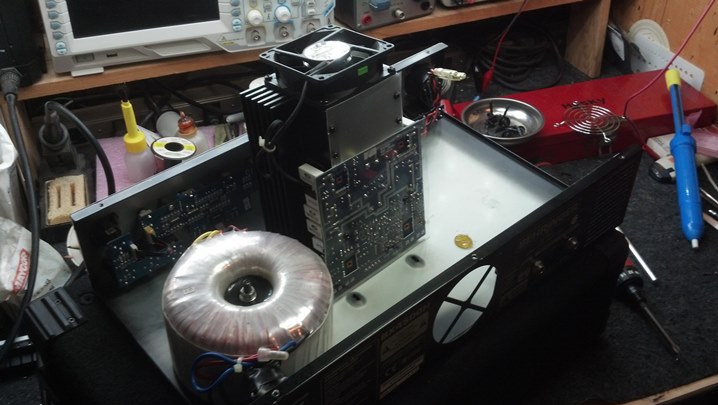 The fan is bolted to the end of the heat sink assembly.  The power amp is also attached to the whole stack. 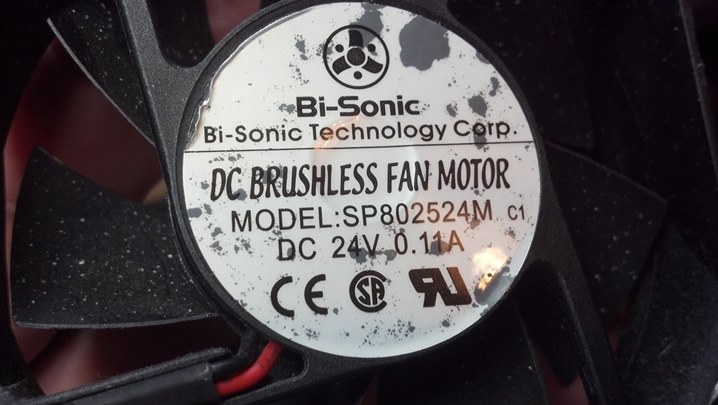 We need these specs in order to specify a replacement. 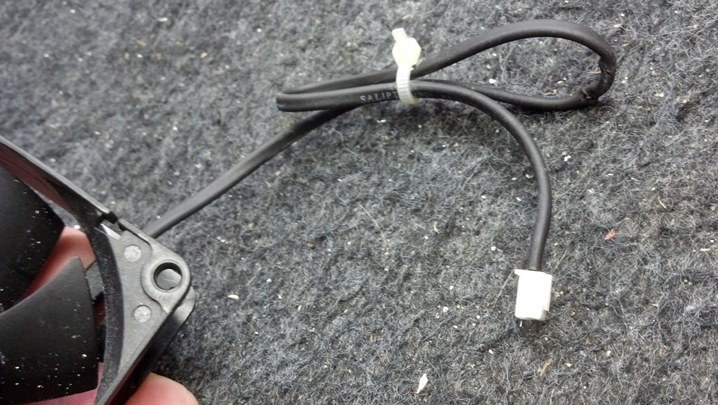 This power cable is specific to the mating connector on the circuit board that supplies the 24v for the fan.  We need to keep this and transfer it to the new fan. 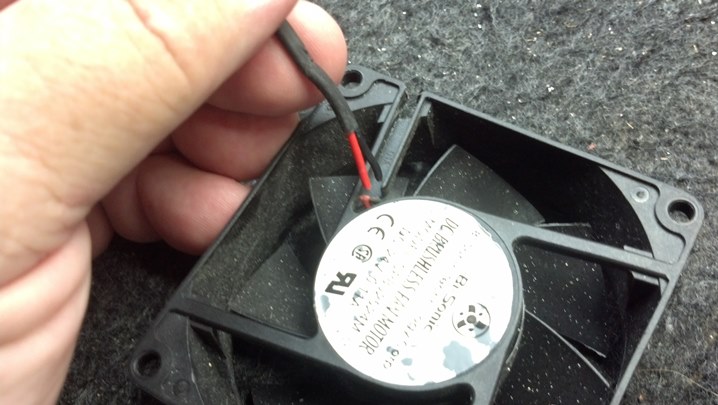 There is a chance that we can remove the whole cable assembly from the old fan and move it to the new fan. 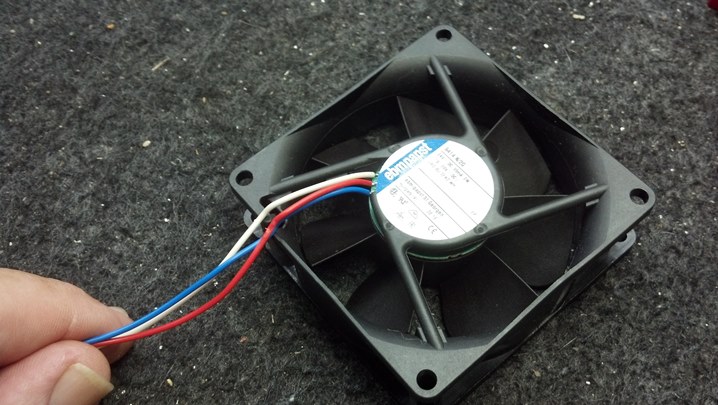 The new fan has three wires.  The third wire is probably a tachometer output so that the speed of the  fan can be known. 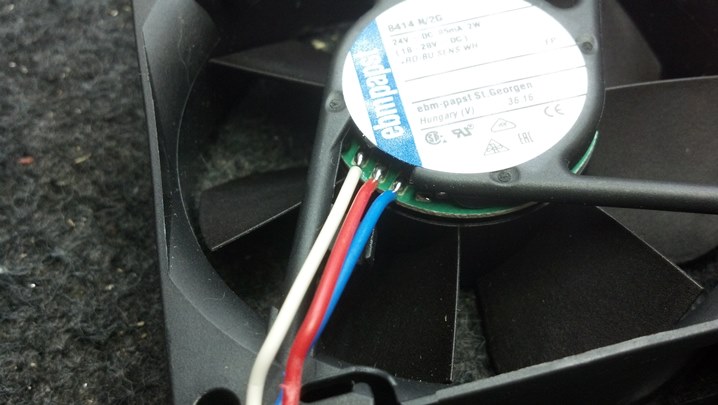 The wires on the new fan are soldered to the fan with lap joints. 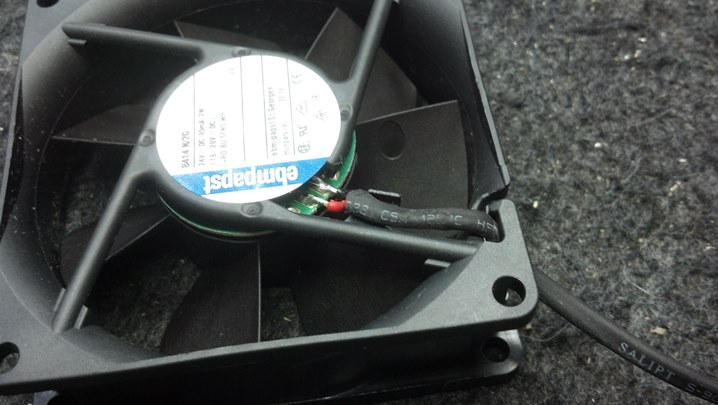 So, we can make new lap joints when moving the old cable to the new fan.  I’ve got a good feeling about this. 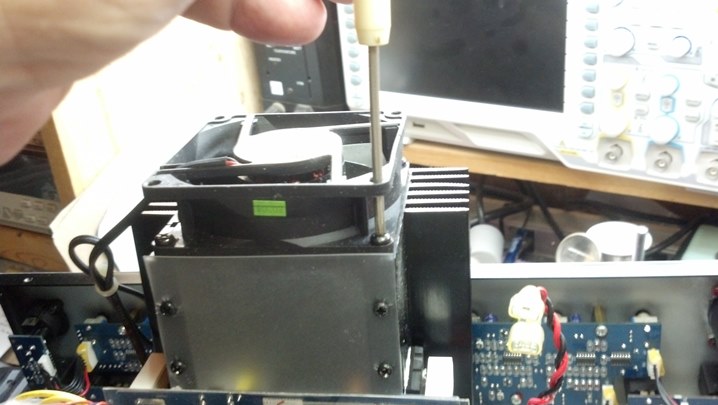 The new fan is bolted back on the stack and the whole arrangement is put back together. 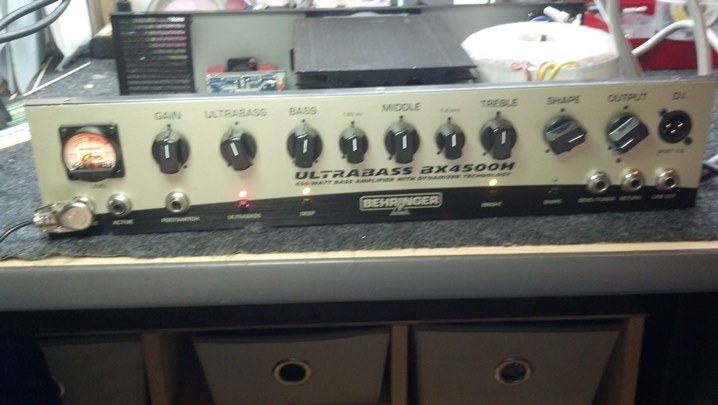 This amp ran for four hours continuously until the neighbors called the cops complaining of a noise ordinance violation.  I believe that the overheating problem is fixed!